Reviews of my favourite travel gadgets

There was a rumor going on Segway will release new e-scooter during CES. The new model called “Segway Max” also addresses scooter-share companies like Lime and Bird. This new scooter is supposed to be more comfortable and longer lasting than other models. It was reported that Lime had some problems with their fleet (Segway by Ninebot ES models). Bird is using the Xiaomi M365, which is actually also produced by Ninebot.

New e-Scooter “Segway Max” to be released at CES

So will this be the new ultimate e-Scooter to rule them all? It was also reported that the new Segway Max will be “highly customizable”. In my field test Xiaomi M365 vs Ninebot ES2 I learned that Ninebot ES2 offers the better features, but Xiaomi prevails because of the better driving experience. I hope Segway combines the best features for a new model that outperforms them both.

New photos were found online showing the possible new Segway Max e-Scooter. Uber-competitor Lyft is expanding its e-scooter rental business and seems to be interested in deploying the new Segway Max. At first sight the renderings show a Xiaomi M365 but there are some differences like the large display on the nadle bar.

The new e-scooter won’t be branded Segway but Ninebot Max! Do you think the renderings look like Xiaomi Scooter M365 Pro? Well the new Ninebot Max is announced to be “the perfect combination of upgrades from the M365 and the ES4”. Therefor I did a comparison: Ninebot Max vs Xiaomi Scooter Pro.

Folding e-bike vs e-scooter - I tested Himo C20 and Xiaomi Scooter Pro to find out the pros and...

Xiaomi Scooter Pro 2 is about to hit the market, here's a comparison with the current model Xiaomi... 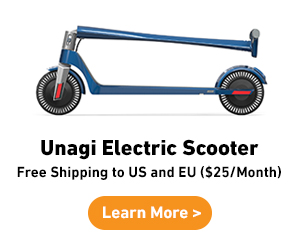